i have been a nokia fan since i got my first mobile phone, the nokia 8110 which became popular as the matrix phone. since then i went through probably 10 other nokia phones until i switched to the iphone, then iphone 3g and android g1 and nokia wasn’t catching up, until last night. nokia just launched the n97 at nokia world 2008 in barcelona. 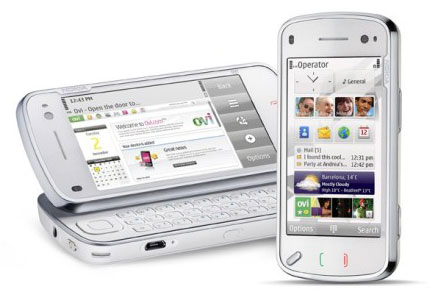 “the world’s most advanced mobile computer, which will transform the way people connect to the internet and to each other. the nokia n97 introduces the concept of ‘social location’. with integrated a-gps sensors and an electronic compass, the nokia n97 mobile computer intuitively understands where it is. the nokia n97 makes it easy to update social networks automatically with real-time information, giving approved friends the ability to update their ‘status’ and share their ‘social location’ as well as related pictures or videos.”

the symbian s60 os based n97 will be released next year with 32GB of memory at an estimated €550. i like the phone but won’t buy it at this price and i hope that ‘social location’ equals recently acquired location based service plazes.