thirty-five percent of the software installed on personal computers worldwide was pirated in 2004, a one percentage point decrease from 36 percent in 2003. yet, losses due to piracy increased from $29 billion to $33 billion.

at copydetected.com they are providing viral video clips like “you’ve been pushed out!” starring kevin – the craetive type. 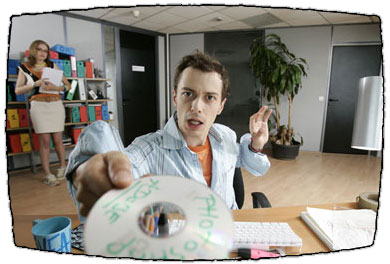 the second video “the coffee” will be launched in a few weeks.

the website is presented in five languages, targeting the uk, spain, france, portugal and italy (no german) and based on a concept by jwt.

initiatives like this will not reduce software privacy, but are a progressive way to bring this huge problem back to our minds in an charming way.