“2006 was a pioneering year for online video, user-created content and the youtube community. you let us into your bedrooms, created new forms of entertainment, and radicalized popular culture. now it’s time to reflect on what a tremendous year it was and recognize the best of the best during the first youtube video awards. 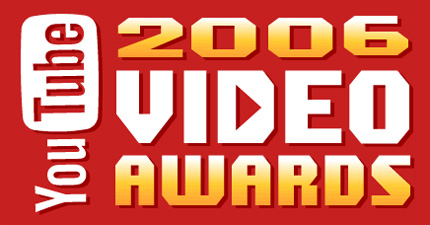 you are able to vote in seven different categories: most creative, most inspirational, best series, best comedy video, best music video, best commentary and most adorable video. voting will take place from monday to friday. the winners will be announced on march 25th 2007, and trophies will be awarded.

maybe i’m not enough youtube addicted but i found only one of my favorites in there yet, it’s “where the hell is matt?“, have a look and give your votes …

(via the hubbub* and mashable)