a couple of weeks ago don told me about general motors’ steps towards open source marketing and now i stumbled over this detailed post by klaus eck.

in march 2006 general motors launched a website (now offline) inviting their customers to send in their own 30-second commercials promoting the new chevrolet tahoe suv in the hope these clips are going to spread virally through the internet.

the impact wasn’t bad – 4 million page hits, 400,000 users (according to general motors) – but unfortunately a high percentage of the commercials sent in were critically dealing with the less fuel efficiency of these suv’s and the topic of global warming (see example). 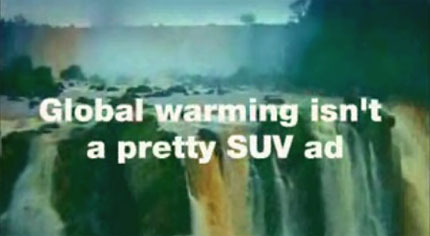 these “negative” commercials were spreading much faster than any of the “positive” ones because they were not like they were supposed to be – the campaign idea fired back with a 40% decrease of sales of the chevy tahoe (not an approved correlation).

general motors deleted these “negative” ads from their microsite and shut down the website in the end.

open source and viral marketing provide so many opportunities if done in the right way, but it is all about honest conversation during a loss of controllability – like a pinball game:

“you have limited controllability after a viral marketing campaign has been launched, but you always have the chance to give the campaign the right impulses to navigate it in the wanted direction.”

general motors was on the right way by talking to it’s customers but instead of shutting down the website and deleting all “negative” content, they should have used this platform staying in contact with its customers at eye level, talking about propable and known concerns.

we will see who will do it right in the near future, like mozilla firefox has demonstrated it impressively with www.spreadfirefox.com …